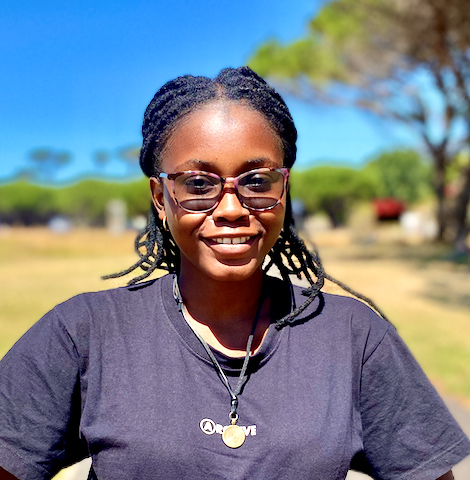 I grew up in Songea, a region in the south of Tanzania, adjacent to Selous Game Reserve. The biodiversity-rich ecosystem surrounding the area drives my passion for wildlife and biodiversity conservation. I hold an undergraduate degree from the College of African Wildlife Management (Mweka) in Tanzania, during which I researched the influence of water sources’ entry points on birds’ species diversity at Lake Manyara National Park. I have also worked as a project coordinator for the Ngorongoro Biodiversity Conservation Project. Following my involvement in Eliupendo Laltaika’s fieldwork on honey-hunting cultures in northern Tanzania in 2020 as a field assistant, I am dedicated to research human-honeyguide mutualism further, this time in southern Tanzania. In 2022, I joined the FitzPatrick Institute of African Ornithology, University of Cape Town as an MSc student in Conservation Biology.

My research focus is on understanding the ‘cold spots’ in the mosaic of human-honeyguide mutualism in Tanzania. Specifically, I want to better understand honeyguide behaviour in places where there are honeyguides but no people (such as Ruaha National Park and Rungwa Game Reserve), and where there are both honeyguides and people, but people are not cooperating with the birds. I plan to conduct interviews in several communities in southern Tanzania that honey-hunt without the help of honeyguides, to understand why they don’t cooperate with honeyguides. Moreover, I will be investigating honey production in these communities, both from wild honey-hunting and beekeeping activities.