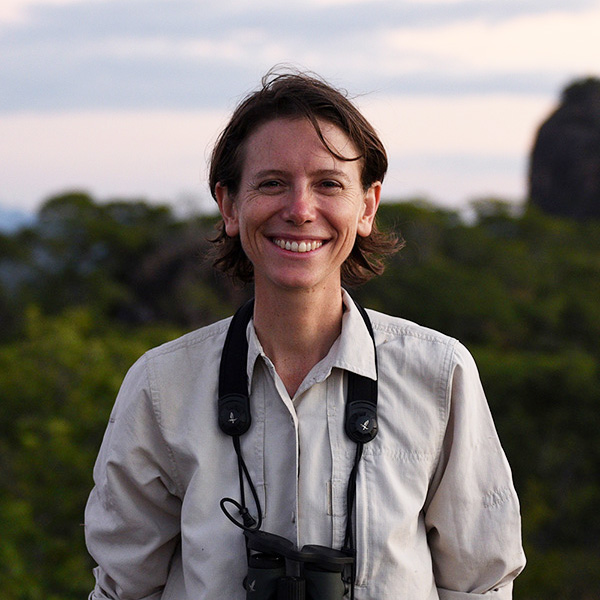 ­I am an evolutionary biologist and passionate naturalist with a particular interest in the ecology, evolution and conservation of species interactions. I run two long-term field projects on African birds: one in southern Zambia focusing on coevolution between brood-parasitic birds (such as cuckoos, honeyguides and parasitic finches) and the hosts that they exploit to raise their young, and one in northern Mozambique (since 2013), on the topic of this website: the mutually beneficial interactions between honeyguides and the human honey-hunters with whom they cooperate to gain access to bees’ nests. Aside from parasitism and mutualism, I’m widely interested in ecology, evolution, ornithology and conservation, and have also worked on avian sociality, life-history evolution, pollination, sexual selection, nest camouflage, migration, and the conservation ecology of threatened species in the Horn of Africa and northern Mozambique. I work partly in the Department of Zoology at the University of Cambridge, and partly at the University of Cape Town, where I am Pola Pasvolsky Chair in Conservation Biology at the FitzPatrick Institute of African Ornithology. Most of my work is inspired by natural history, and I strongly believe in the value of field experiments.

Our honeyguide research project began in 2013, thanks to a chance meeting in the northern Mozambican bush with Keith Begg of the Niassa Carnivore Project. Keith showed me that here, in the Niassa Special Reserve, the remarkable relationship between honeyguides and humans still thrives. Our initial research focus was on communication, showing experimentally that not only do humans understand the signals that honeyguides use to show them bees’ nests, but honeyguides, too, understand the specialised signals that honey-hunters give to advertise to honeyguides that they are seeking their help. This inspired the programme of work we are now carrying out as a team, with the wonderful support of the European Research Council, and in close collaboration with honey-hunting communities and interdisciplinary colleagues from several fields.

For more information on our research on the other side of honeyguides’ lives, as cuckoo-like brood parasites of other birds, please visit our sister project in Zambia at www.africancuckoos.com.

Caves, E.M., Stevens, M. & Spottiswoode, C.N. 2017 Does coevolution with a shared parasite drive hosts to partition their defences among species? Proceedings of the Royal Society of London B 284: 20170272

Wonderful news: Eliupendo Alaitetei Laltaika has been selected for the inaugural Top 100 Young African Conservation Leaders list announced today, celebrating those whose work “promises to leave a lasting impression in the African conservation landscape”. Congratulations, Laltaika – we’re proud to be your colleagues!

Laltaika’s citation reads, “A lion hunter as a young pastoralist turned conservationist, Eliupendo now protects the endangered rhino population of the Ngorongoro Conservation Area as a Park Ranger. He has rescued 20 wild dogs from retaliation, killing and planted over 30,000 plants via conservation clubs. He is also researching the extraordinary cooperative relationship between honeyguide birds and human honey hunters. He founded the Ngorongoro Biodiversity Conservation Project.”

Please visit https://top100youth.africa to meet 99 other inspiring young conservation leaders from throughout the continent.

END_OF_DOCUMENT_TOKEN_TO_BE_REPLACED

Together with Natalie Uomini at the Max Planck Institute for the Science of Human History, we hosted a two-day online workshop on “Human-Wildlife Mutualisms”. We were joined by 40 colleagues from 14 countries to share experiences and findings, and improve our understanding of what is known about these unique partnerships. We were delighted to meet colleagues with shared interests including anthropologists, historians, conservation practitioners, and honey-hunters, as well as fellow biologists such as our colleagues in Brazil who study the fascinating cooperative partnership between fishers and bottlenose dolphins. David, Dom, Jessica, Laltaika and Claire all presented talks on our honeyguide research in Mozambique and Tanzania, as did our close collaborators Brian Wood and Anne Kandler. Several additional honey-hunter colleagues and a fisher from Brazil participated via subtitled videos.

END_OF_DOCUMENT_TOKEN_TO_BE_REPLACED

David Lloyd-Jones was reunited with our main study population of honeyguides, and colleagues in the field at the Mariri Environmental Centre in the Niassa Special Reserve, when a brief visit to Mozambique became possible. After a three-day motorbike ride from his home base in Tanzania, David met with our honey-hunter colleagues and repaired their equipment, and checked in our study area which was looking lush and green in the early rainy season. This is a time of year when food supplies are low in the village, and many of our honey-hunter colleagues are busy tending to their crops whilst only going on the occasional honey-hunt.